TeaNet works with a very low-level networking API to provide a highly performant networking library that is primarily meant for use in games, but can be used for anything else as well.

TeaNet was originally written in Unity for a game project called quakeball by neontea, and while the entire TeaNet codebase is written by me, it's commit history can be found in quakeball's repository.

Here's a diagram depicting the inner workings of TeaNet 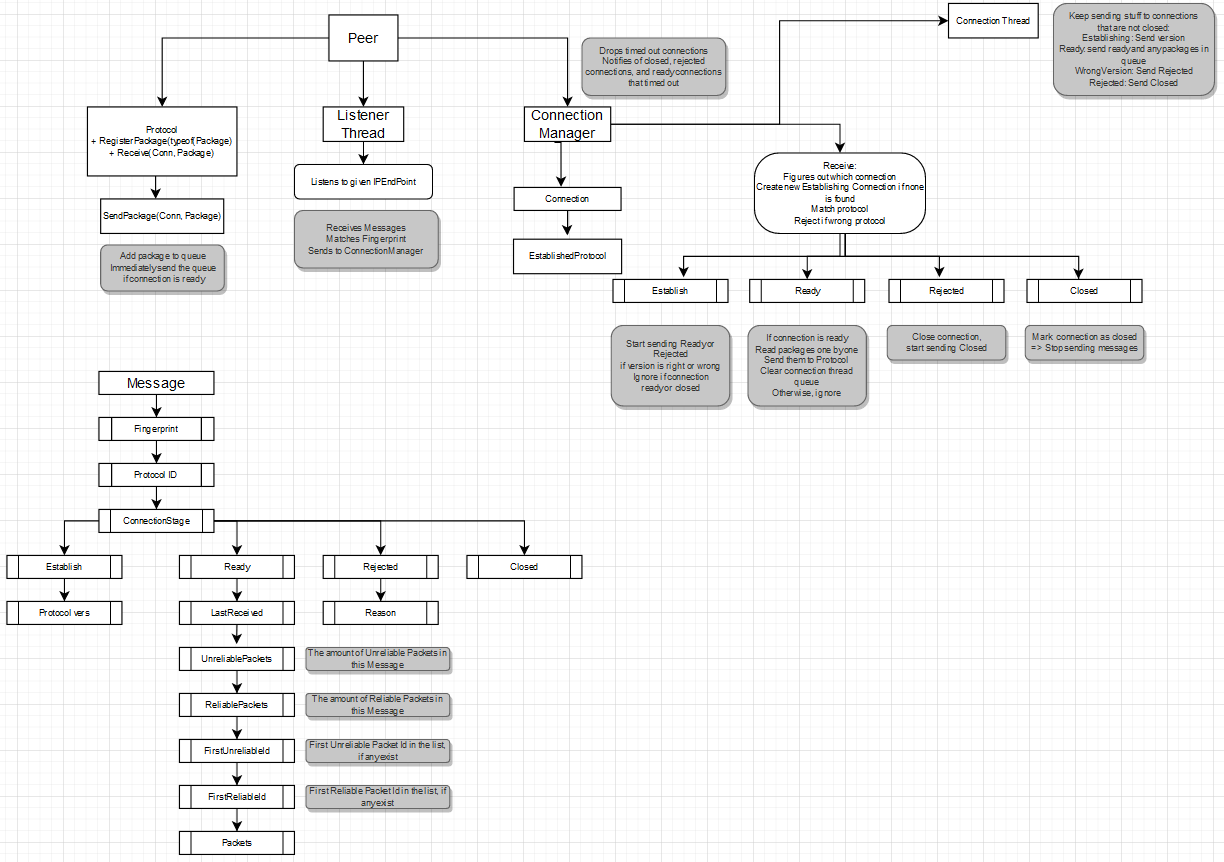